Need free VPS hosting because the real plans are out of your budget?

Word of caution, though, nothing in life is truly free. And that applies to these VPS providers. 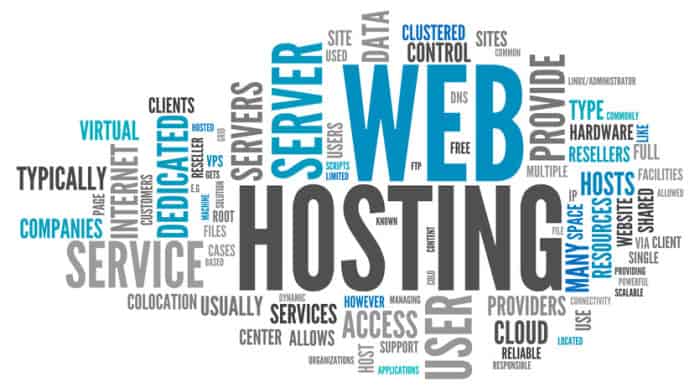 Utilizing a virtual private server (VPS) is a case where you can often get a lot of bang for your buck.

It’s understandable, though, why folks may look for free VPS hosting even though most of the web hosting solutions in this sector are already quite cost-effective.

You’ll frequently see free shared hosting options, and you may simply wonder just how high companies are willing to up the ante.

In reality, there are no hosting plans that qualify as 100% free VPS. That is to say, there’s no version of a free VPS server where you’ll never pay anything ever.

You can easily find a VPS free trial, however, and there are also many nearly-free hosting services that also get pretty close to providing a free experience. Let’s take a look at some of the options that might make you feel like you’re getting free VPS. At the end, we’ll also talk about some of the potential pros and cons of going this rout.

VPS Plans That Are Close to Free 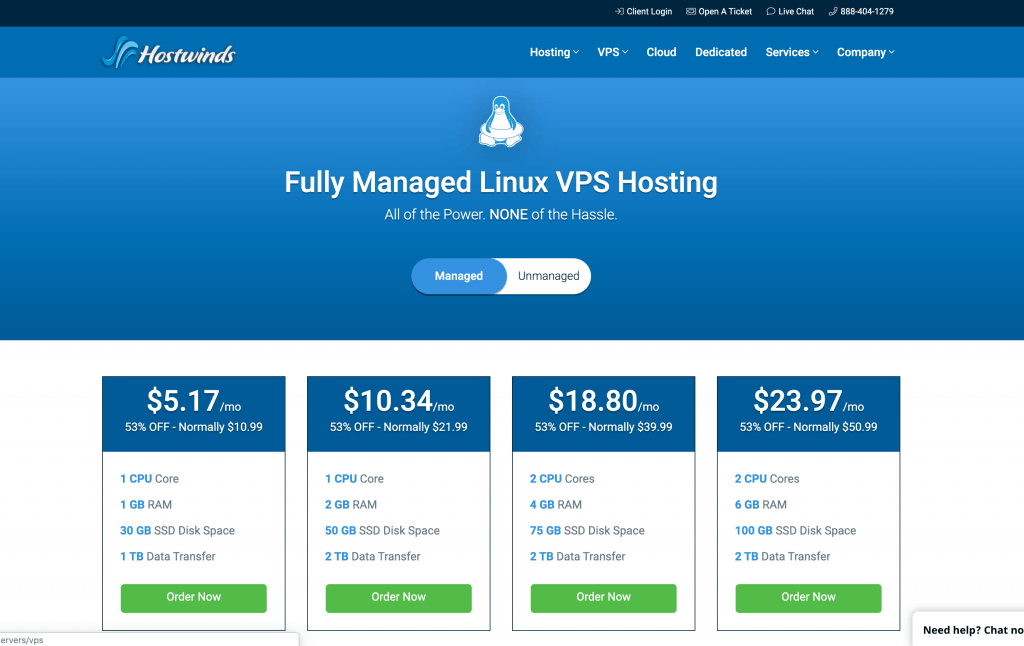 In the strictest sense, the lowest-cost plans on HostWinds don’t represent actual cheap VPS because the company’s low-end offering is a cloud-based instance. For the vast majority of folks interested in VPS hosting providers, this distinction won’t even be noticeable. That’s because the once a physical server’s resources are portioned out to create a VPS in the cloud there’s nothing about using the resulting virtualized server that differs from a VPS based on a single machine. The only thing you will notice is that the system is generally more responsive than traditional VPS hosting plans.

At the end of the equation, you’ll sill have access to:

In other words, you can log in through the web interface or use a remote shell to access it via SSH just like any other server hosting setup.

HostWinds offers a robust enough experience that the tech-savvy folks will be happy. As you might expect in the close-to-free price range, you’re not going to get any real degree of support form HostWinds. They do, however, offer a very robust Linux configuration that’ll be familiar to anyone who has used VPS servers before. You’ll also find the company is happy to upsell related products, such as Windows hosting. Impressively, the setup also includes one GB of RAM, a single CPU core and 30 GB of storage space.

As hosting plans go, though, it’s hard to complain about getting a proper VPS experience for close to free. Just be prepared to do some technically-savvy work to keep it running because it is an unmanaged VPS.

That’s would be a great set of features from a typical VPS host plan that costs about $30 per month. If the processing, storage and memory capacities aren’t good enough for your needs, you can easily adjust your VPS plan to as much as 16 cores. You’ll also still be paying a very respectable $96 per month for what is a fairly high-quality offering.

One standard catch that you’ll begin to notice with nearly all these VPS hosting plans is that they’re based on cloud instances. Again, not a big deal for the average user, but it can be a sticking point if you think too hard about the relatively minor distinction between VPS hosting services running directly on a single machine and running them across many machines providing cloud-based instances.

Another theme you’ll see emerging is that many of these hosting providers are happy to offer Linux-based solutions, but they’re not always the first folks who care to install an operating system like Windows. Fortunately, Windows servers are available at an additional cost. The Linux systems are fairly robust, however, including:

There are also managed support options available for a free. It might not be a true VPS server, but it’s still very good value for a few bucks a month.

Yes, now we’re getting really close to finding a truly free VPS server. The impressive thing with Hostinger is that they manage to operate very responsive servers that have terrific uptime numbers. You won’t get a ton of storage with their cheapest offering, just 10 Gb, but you can upgrade your plan to one of many options. Everything is SSD-based so you expect super fast response times, however.

Hostinger’s business model is centered around selling all the other stuff a website needs, such as a domain name and an SSL certificate. They do include both IPv4 and IPv6 dedicated IP addresses for free with each plan, an impressive offer for a plan that’s less than a five spot.

VPS Plans That Take a Little Off the Price 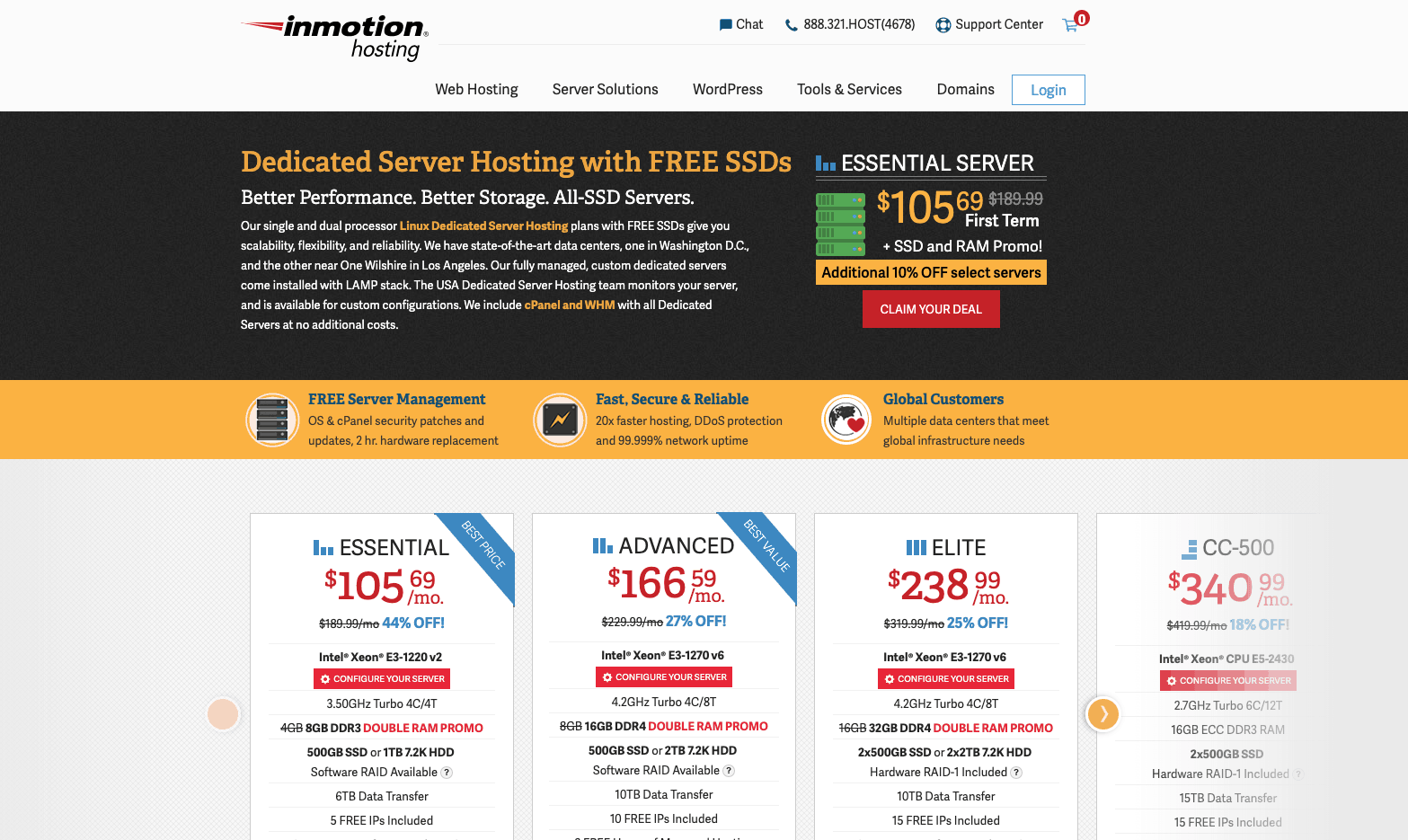 Unsurprisingly, InMotion Hosting is another entrant with cheaper offerings built on cloud platforms. While the price over the life of a plan isn’t as greater you see with other plans on this list, there is value. In particular, InMotion offers free basic server management assistance. This means they’ll handle the management of patches and updates to keep your system stable and secure.

All of InMotion’s hardware operates on SSD drives configured in RAID-6 arrays. For the uninitiated, that means the odds of a catastrophic failure where no data can be recovered are ridiculously low. Every installation includes an enterprise edition of CentOS, and you’ll also be able to admin your VPS server through cPanel. Supporting infrastructure is cloud-based, too, so you can rest assured that uptime will be solid.

They also offer a 90-day money-back guarantee, a deal that’s as good as you’ll see in the business. While it doesn’t get you back the labor you might put into setting up a server, it does at least reduce your risk as long as you don’t build out a robust web presence right away.

Lowest Price: $14.97 per month with a one-month free trial

The decided lack of Windows servers on this list makes AccuWebHosting an especially appealing choice for fans of Microsoft and its .NET platform. While 15 bucks a month isn’t the cheapest choice around, it’s about as close as you’re going to get to a free VPS server that employs Windows, in this case Windows 2008 Server.

You can also take advantage of the free trial without having to provide a credit card. If you’re not satisfied with the experience, you can simply let the account expire without renewing.

Each system has support for both RDP and SSH. The machines are virtual servers, not VPS-like cloud-based instances. That means you’ll be running on dedicated resources on machines with Intel Xeon processors from either the E5 or E7 series. More importantly for the hardcore Windows admins, Microsoft’s HyperV Virtualization system is fully supported.

If you have to have a Windows environment or .NET compatibility, AccuWebHosting is the best option. Other offer Windows for an additional price, but AccuWebHosting includes it in the initial price because they’re focused on providing top-tier a top-tier Windows VPS at a fair price.

When using x10Hosting, you’re kind of getting a VPS in a cloud instance for free, but it’s an incredibly feature-restricted solution. That means the admins of the world will be hopelessly lost without the SSH shells, cPanel logins and other features. Each account on x10Hosting can utilize a single IP address. Not surprisingly, you will a decidedly wimpy amount of RAM, just 512 MB. The operating system is only Linux, but you will get both unlimited storage and bandwidth.

What x10Hosting is hoping you’ll do is to buy into the upsell in your own time. They’re actually a very low-pressure company, but there’s definitely a sales pitch to be made when you decide you need something like root access or customer support. If you want to scale quickly and not have to worry about storage limits, x10Hosting is a great choice.

VPSWALA is making a pretty simple bet. They assume your website going to grow at some point. At some point, you’re going to need to host a second domain or utilize a second IP address. Maybe you’ll just need more RAM, processor cores, bandwidth or storage space.

Yes, it’s free to get started, but once you need to move up, the price skyrockets to nearly $60 per month. The upside is that the free plan is fairly robust, packing two CPU cores, 30 GBs of storage, two GBs of RAM and one TB of bandwidth. You also can use a single IP address on your free VPS plan.

The folks at VPSWALA are pretty upfront about their sales pitch. Notably, the free plans do include 24/7 tech and customer support. That’s kind of impressive, even if the business model is sort of a trap for growing websites. If you’re 100% sure your site will never outgrowth the initial 30 GB of SSD storage, though, it’s a good deal.

Nothing in Life is Free, But This is Pretty Close

Whether it’s a VPS free trial, some form of free with an asterisk or just a very low-cost solution, there are plenty of ways to get really, really close to not paying. In some cases, such as with VPSWALA, you’ll have to closely monitor your consumption of dedicated resources. Other cases, such as with Hostinger, are just cost-effective to the point of being barely noticeable.

One word of advice to follow is to keep an eye out for folks offering free plans without any obvious declarations of what the catch is. Phishing scams do utilize the “free hosting” keyword all the time, and it’s wise to refrain from giving your credit card information out to any company that no one’s ever heard of.

Even when dealing with many solutions that hug the $30 price-point that’s common in the industry, you can expect to have a fully unmanaged experience.

While there might be some patching and updating performed, that’s just the hosting company protecting itself from messes on its hardware.

If you install a PHP script and it wrecks your website, you’re not likely to get free managed support fixing whatever might have gone wrong.

For this reason, the free approach isn’t one recommended to anyone who doesn’t have some technical chops.

If you go for a super cheap plan and don’t know much about remoting into servers, make sure you find one that includes some degree of managed support. Those users are likely best off going up into the next tier, where plans usually cost about $30 a month. Even then, though, you’ll want to look for managed hosting if you’re not familiar with scary admin concepts like “root access” and “SSH.”

For people who have reasonably solid technical chops, there is something to be said for trying out a free solution or one that comes darn close to being no-cost. Even if you merely tack toward something like Hostinger’s unthinkably low-cost plans, you’ll find a surprisingly responsive system that includes a robust environment for deploying web pages and web apps. Maybe it won’t be 100% free, but you also won’t suffer from existential dread every month when the server bill comes due.

We've spent dozens of hours combing through the data - this 5-step cheat sheet will help you decide on the best host for you needs.

You have Successfully Subscribed!