80+ Stats about the Giants of Online Video Streaming 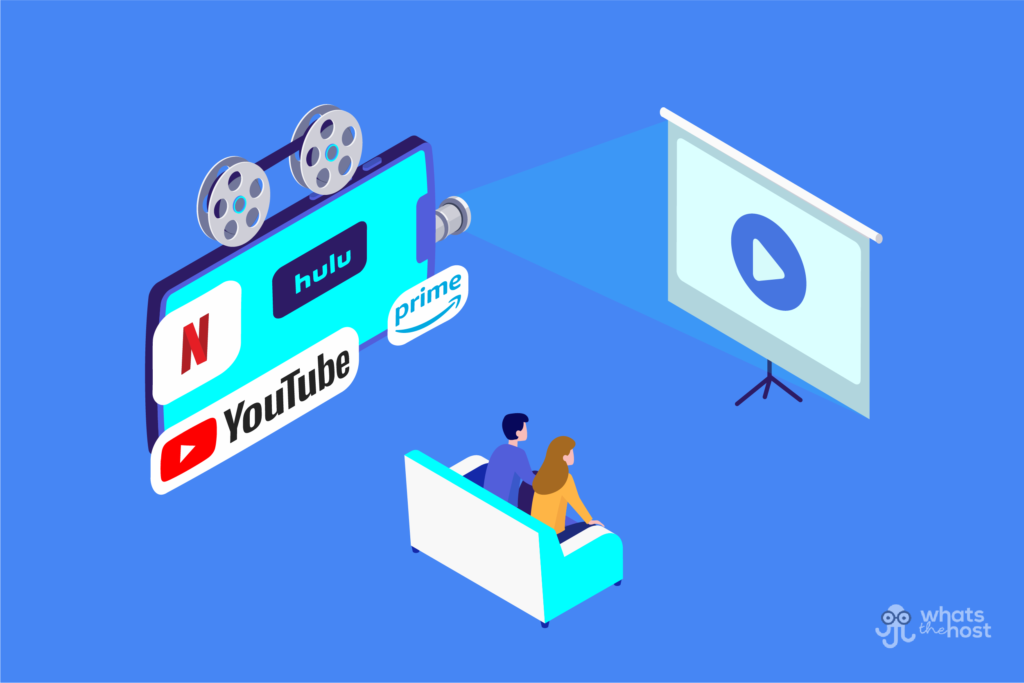 And that’s because we spend a ton of time on these platforms. In a world where more than 57% of all internet traffic [A] consists of video streaming, chances are that you will interact with at least one, if not all three of these services before the day is out.

Video streaming has grown tremendously over the past decade – in audience numbers, in ad revenue, in cultural significance, in content libraries, and in bandwidth.

If the plethora of emerging new video streaming services proves anything, it’s that there is still room to grow, audiences to reach, and money to be made. The “Streaming Wars” have commenced, and there is a lot on the line —  especially after the COVID-19 pandemic made streaming content one of the only outlets for entertainment.

Here are 80+ facts, figures, and statistics about the streaming giants whose platforms feed the voracious global appetite for instant, on-demand video content.

How big is online video streaming?

YouTube was founded in February 2005 by Chad Hurley, Steve Chen, and Jawed Karim. The site was bought by Google the following year in a $1.65 billion dollar acquisition, and now operates as a Google subsidiary. Susan Wojcicki is YouTube’s current CEO.

YouTube is available in more than 100 countries and 80 languages.

Netflix at a glance

Netflix was founded in 1997 as an online DVD-rental company by co-CEOs Reed Hastings and Marc Randolph. In 2007, Netflix began to offer on-demand streaming media. In 2013, Netflix debuted its first exclusive series with House of Cards.

Today, Netflix streaming services are available in over 190 countries.

Hulu at a glance

Hulu was founded in 2007 as a joint venture between News Corporation, NBC Universal, Providence Equity Partners, and the Walt Disney Company. In the beginning, Hulu showed recent episodes from these television networks. Starting in 2010, Hulu launched its subscription service featuring full seasons from these networks. In March of 2019, Disney acquired a 60% majority stake in Hulu. Kelly Campbell currently serves as Hulu’s president.

Hulu is available in the USA and Japan.

Amazon Prime Video at a glance

Prime Video was launched in 2006 as “Amazon Unbox,” eventually merging with the Amazon Prime membership. The service began to expand into Europe in 2014, and by 2016 it was launched worldwide with the only exceptions being Mainland China, Cuba, Iran, North Korea, and Syria.

Prime Video comes with the general Amazon Prime subscription, which distinguishes the service from the likes of Netflix and Hulu.

[D]  CNN Business (2020, March). “Netflix and YouTube are slowing down in Europe to keep the internet from breaking.” https://edition.cnn.com/2020/03/19/tech/netflix-internet-overload-eu/index.html

[I]  Statista (2020, July). “Worldwide advertising revenues of YouTube as of 1st quarter 2020.” https://www.statista.com/statistics/289657/youtube-global-quarterly-advertising-revenues/

[J]  The Verge (2020, Feb). “Creators finally know how much money YouTube makes, and they want more of it.” https://www.theverge.com/2020/2/4/21121370/youtube-advertising-revenue-creators-demonetization-earnings-google

[O]  Statista (2019, May). “Hours of video uploaded to YouTube every minute.” https://www.statista.com/statistics/259477/hours-of-video-uploaded-to-youtube-every-minute/

[T]  Film Daily (2020, May). “Netflix is calling an end to password sharing: What you can do.” https://filmdaily.co/news/netflix-password-sharing/

[U]  AllConnect (2020, April). “Which streaming service has the best original shows and movies?” We scraped the data to find out.” https://www.allconnect.com/blog/ranking-best-original-content-streaming

[EE]  Forbes (2020, May). “Streaming Wars Continue: Here’s how much Netflix, Amazon, Disney+ and their rivals are spending on new content.” https://www.forbes.com/sites/sergeiklebnikov/2020/05/22/streaming-wars-continue-heres-how-much-netflix-amazon-disney-and-their-rivals-are-spending-on-new-content/

PrevPreviousCoding Bootcamp vs. Computer Science Degree [Infographic]
Next50 Stats & Facts that Show How TikTok will Define the Future of Privacy & Social MediaNext